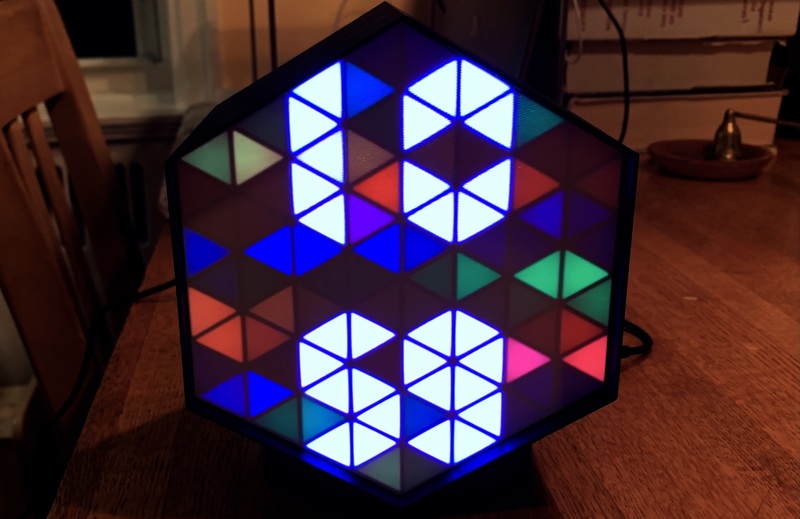 Playing with rectangular blinky grids is super fun, and I've made a weather monitor and a pulse-oximeter with those.

But there's something additionally awesome about the pattern possibilities with triangle pixels.

So when I saw a Hackaday post about building a clock display with LED triangles, I was hooked.

The short story is that I made it! It now lights up my living room with dazzling animations and a funky time display.

The longer story involves perseverance made possible by my coronavirus lockdown.

The original instructions include printing 3D parts, which seemed like just the reason I needed to finally get a 3D printer. I bought the assemble-yourself version of the Prusa i3 MK3S.

It took a while to arrive, and then to assemble (I took my time, over several sittings), but after several weeks, I was printing boats and pumpkins.

Time for the clock.

I followed the original guide. Besides the printed parts, the key ingredients were strings of WS2811 LEDs and a Node MCU ESP8266 microcontroller — an Ardrino-like board that is ridiculously cheap.

I hit one large snag, but it was fun to solve.

The LEDs I bought were bigger than the ones described in the project. They didn't snap nicely into the holes on the back of the grid, wouldn't stay in place and, wouldn't cluster together because they were too wide.

As I noodled on how to solve this, I discovered that if I removed the flexible outer covering, the lights fit nicely into the "front" side of the grid, those triangular tunnels that shape each pixel. If I had another honeycomb of just those tunnels, I thought, I could hold them all in place on the back.

And since I now had a 3D printer, I could make just such a honeycomb.

I hunted around, downloaded Blender software to edit 3D objects, and Googled how to "subtract" a portion of the original part so I just had the grid of tunnels. (Here's the STL file I made if you end up in the same spot!) 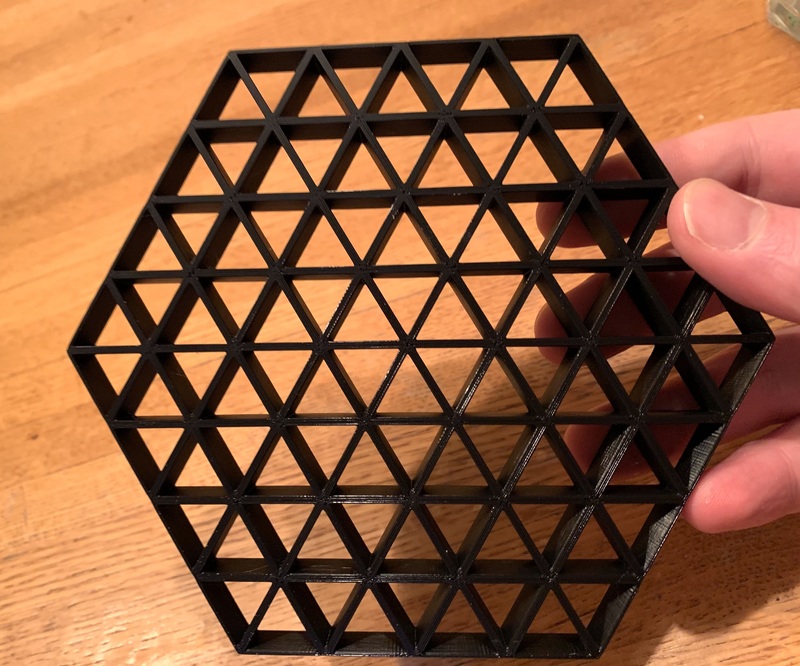 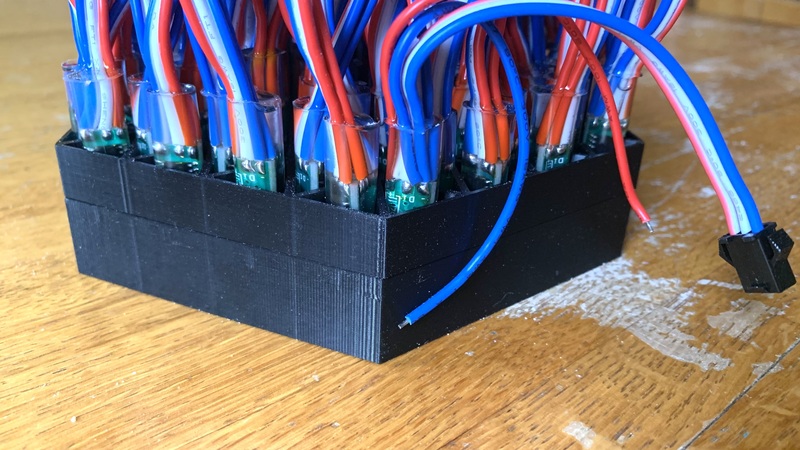 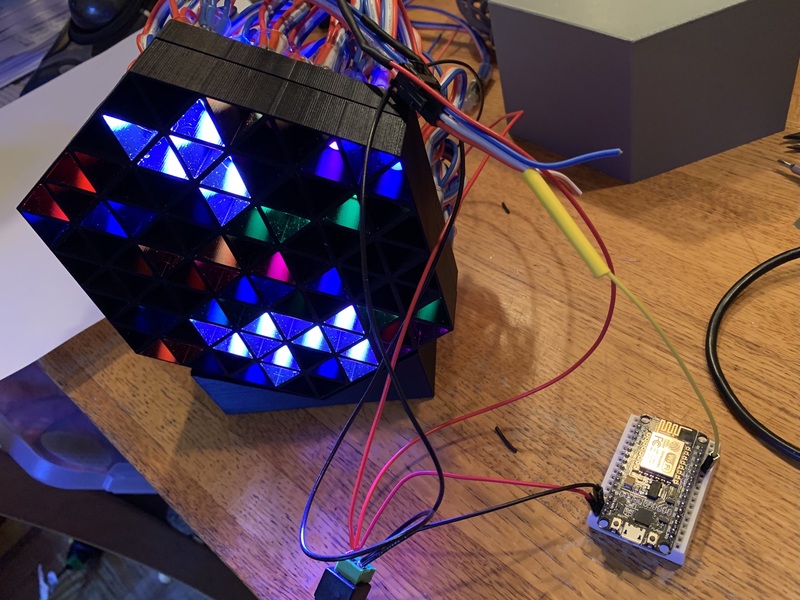 The last adjustment was to extend the length of the clock's "cabinet" to accommodate the too-large lights, which I did easily in my printing software.

The result is a working, if slightly larger, triangle-grid clock!