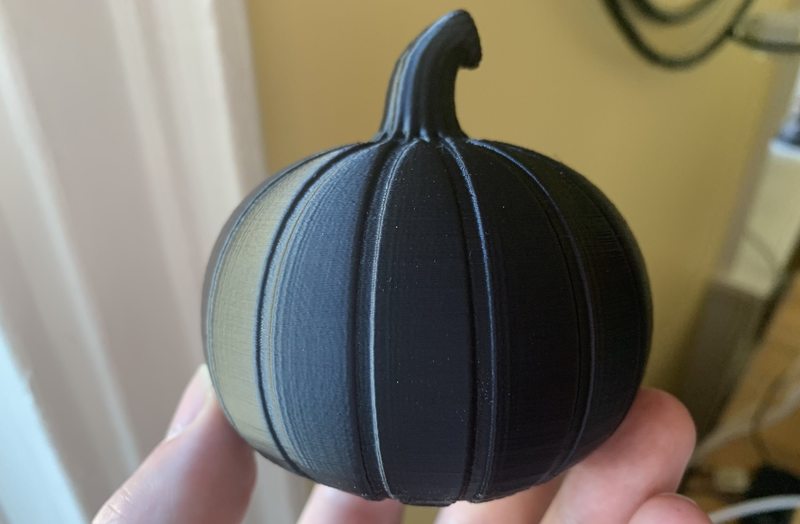 There's something exciting about holding an object you previously only imagined — whether it's a freshly baked loaf, a tomato off a garden vine, or a printed plastic pumpkin.

I've had that feeling a lot lately, with a pandemic purchase of a 3D printer.

Rolling an object in your fingers that was previously just a digital file on the internet is ridiculously fun. It's even more rewarding if the thing conjured was something you — or your kid — dreamed up.

That's what happened with this 3D pumpkin. My daughter drew it late one night for an animation class assignment using the program she was learning, Cinema 4D. 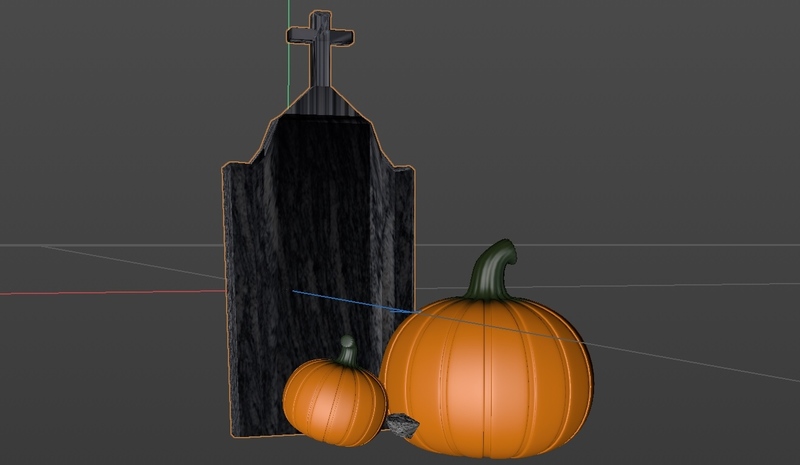 And then we made it real.

I've been fascinated by 3D printers for years, marveling at them at MakerFaires and, later, at Quartz, where Sam Williams made trinkets and prototypes that even fed our foray into augmented reality. I got the same Prusa model, opting for the build-it-yourself version. 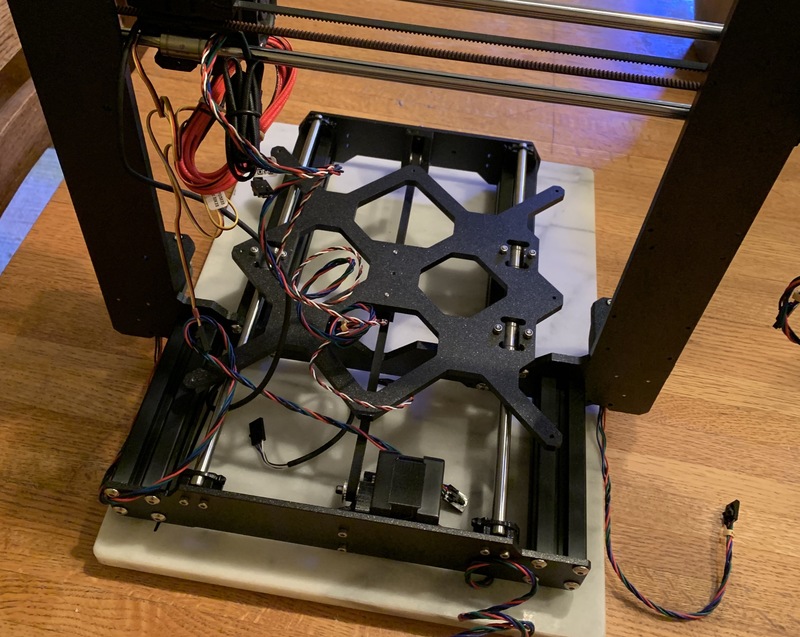 Assembling a printer, it turns out, forces you to understand every little piece of the machine, which has been super valuable for tinkering and troubleshooting. After many lockdown evenings of building, calibrating, and testing, I got the printer woking remarkably well.

I then had my teen export her pumpkin drawing as an .stl (or stereolithography) file, which contains information about the gourd's surface.

I put that file into a slicer program, which did all sorts of nifty calculations. It added a "fill" structure to make the pumpkin more (but not entirely) solid, added temporary supports to hold the spherical object in place during printing, and sliced it horizontally into a stack of hundreds of layers. 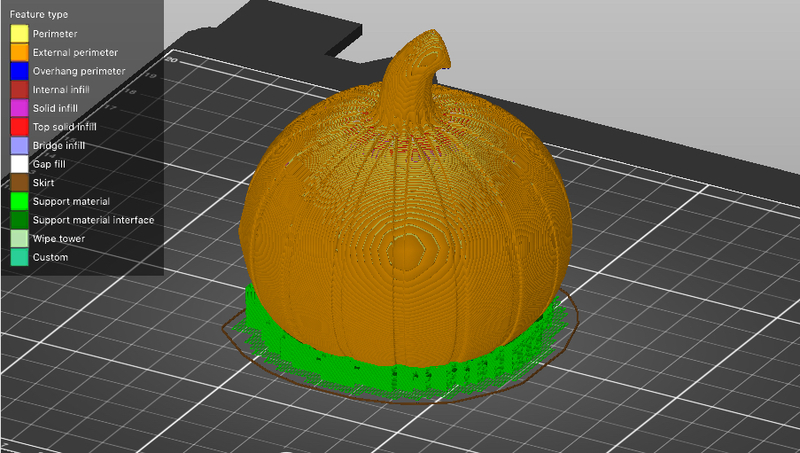 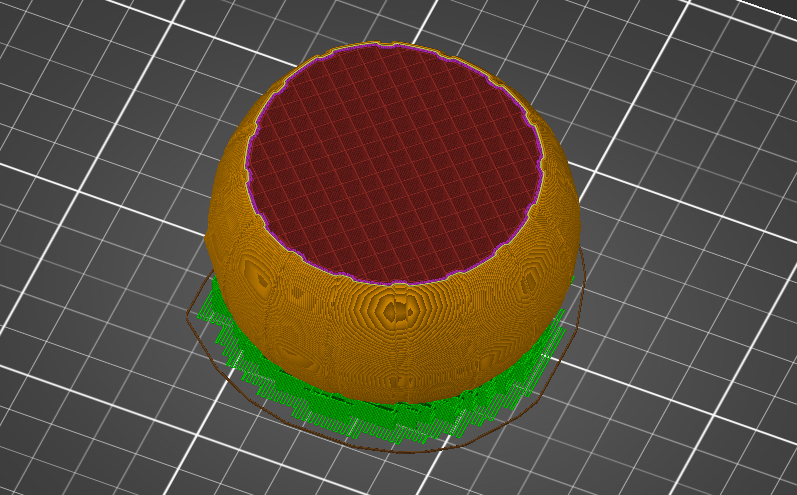 It then whipped up the instructions for the printer to make those layers, which I saved as a .gcode file and then gave to the printer. 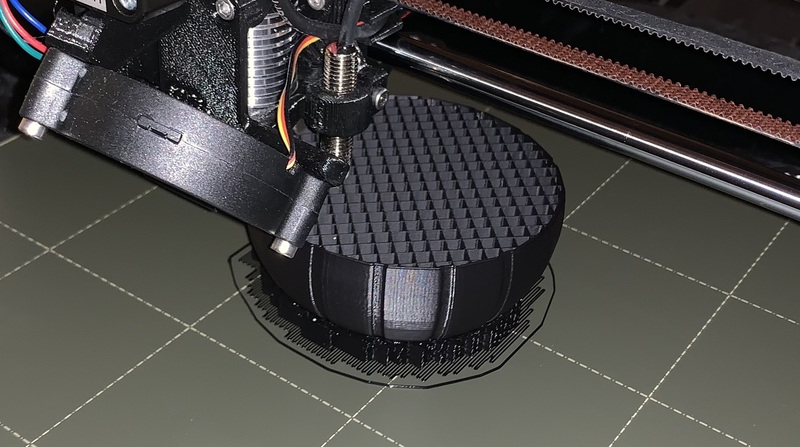 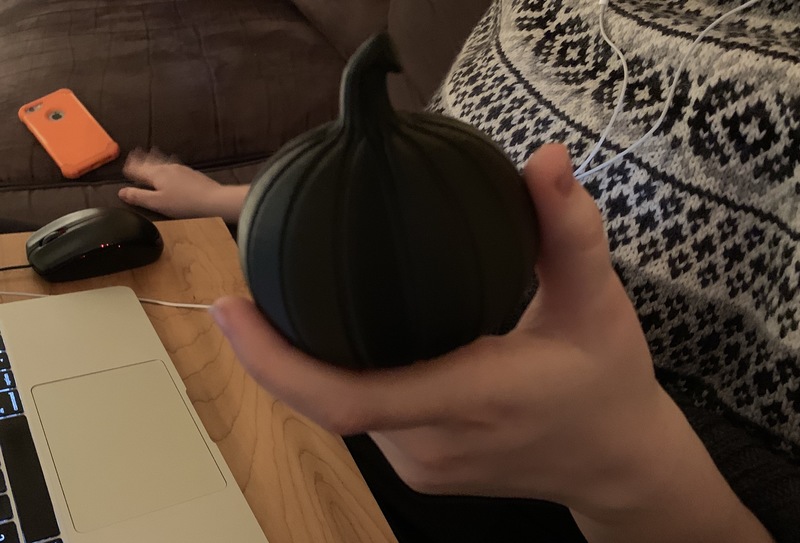 Here's the pumpkin.stl file we used. We printed it with black PLA filament using 0.2 mm-thick layers.

We had lots of supports, and the rounded areas on the pumpkin's underside got a little rough as a result. If you tweak it to be smoother, let me know how you did.