Here's a sample of data projects I've built, helped build, edited, and directed. For more of my latest work, see my bio page at the New York Times.


I helped build and wrangle coronavirus data for stories and an interactive lookup based on hospital-reported information about intensive care units and Covid-19 patients during the height of the second wave in late 2020 and early 2021. 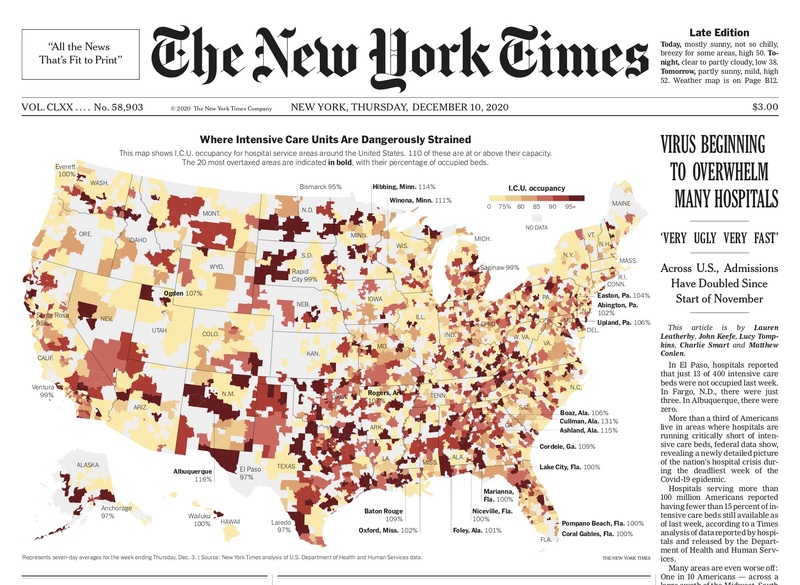 When Donald Trump announced he had tested positive for the coronavirus, I was part of the team that sprung into action to track those who tested positive around him, document how the administration flouted its own official health guidelines, and explain how long he and others should remain isolated. 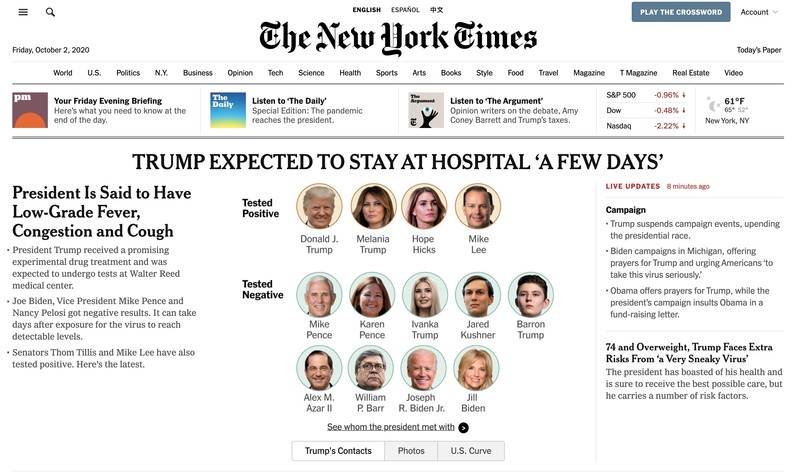 I redesigned and was responsible for maintaining a New York Times tracker of each states' mask, business, and curfew rules during the Covid-19 pandemic. 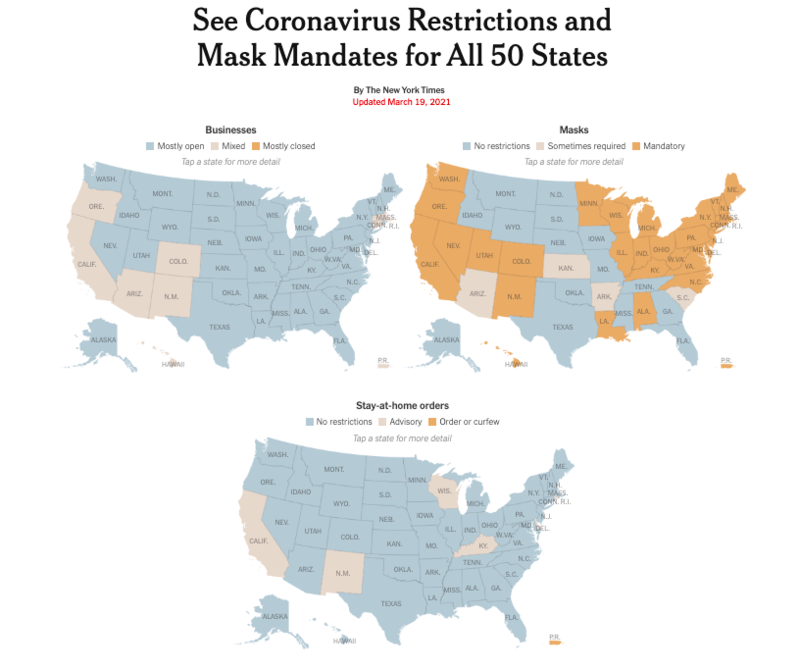 Can you tell a 'Trump' fridge from a 'Biden' Fridge?

Ahead of the 2020 presidential election, the New York Times wanted to find a way to get a more personal look at the people behind the polls — so I set up a poll that asked people who they were planning to vote for ... and would they please take a picture of the inside of their refrigerator. From the results, I built a game that explored our similarities, differences, and assumptions, and garnered more than 28 million guesses. 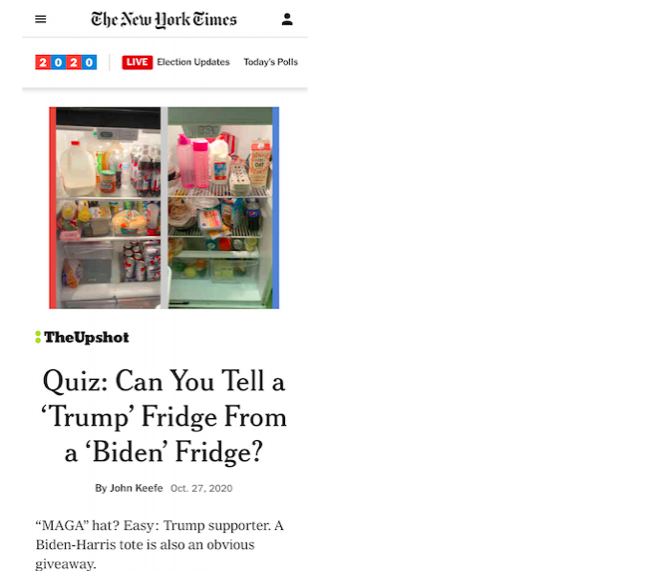 From its approach to NYC to the landfall and aftermath, the WNYC Data News Team I led — and projects I personally built — kept New Yorkers informed about hurricane-turned-superstorm Sandy to help them prepare, withstand, and recover. The data team was at the heart of the station's multi-year coverage, from real-time data to deep looks and explainers about flood-plain changes, rebuilding missteps, personal resiliency, and how climate change is affecting the New York and New Jersey coastlines.

Our team at Quartz helped journalists from around the world use machine learning to mine 700,000 documents detailing how Isabel dos Santos siphoned hundreds of millions of dollars out of Angola, We used machine learning to help reporters locate tax documents, board minutes, and other key pages buried in the trove. 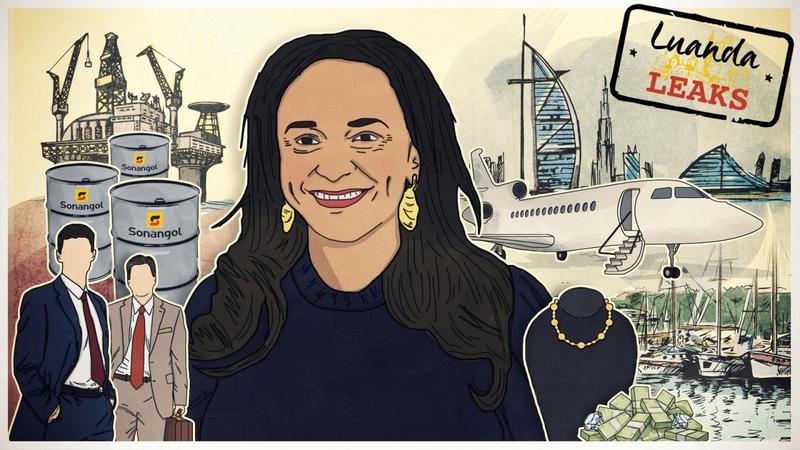 I edited this multi-story investigation in which Quartz reporters on the investigations team found that Facebook ads were leading conservative seniors into a precious-metals pitch that cost them thousands of dollars. 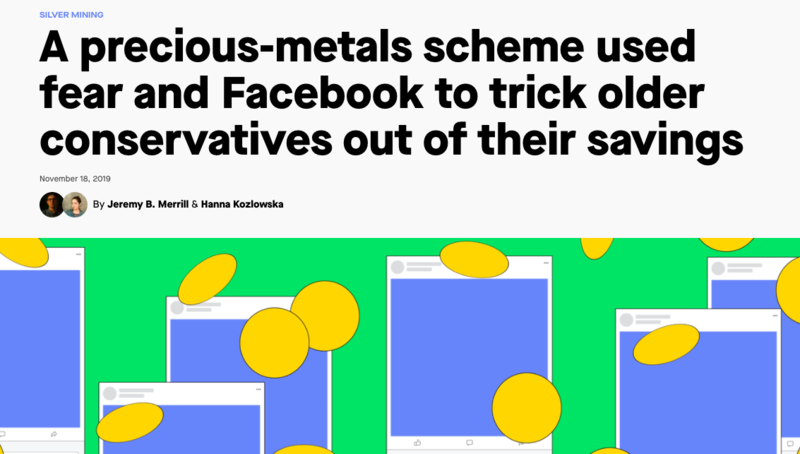 Our WNYC Data News Team noticed that tens of thousands of voters were suddenly missing from the NYC voter rolls. Within days we found that the number was twice as large as initially believed, and that Hispanic voters had been disproportionately purged. Our ongoing reporting and analysis led to state and federal investigations, and eventually to a consent decree mandating the board of elections overhaul its procedures. And, importantly, our work led to the restoration of those voters to the rolls. 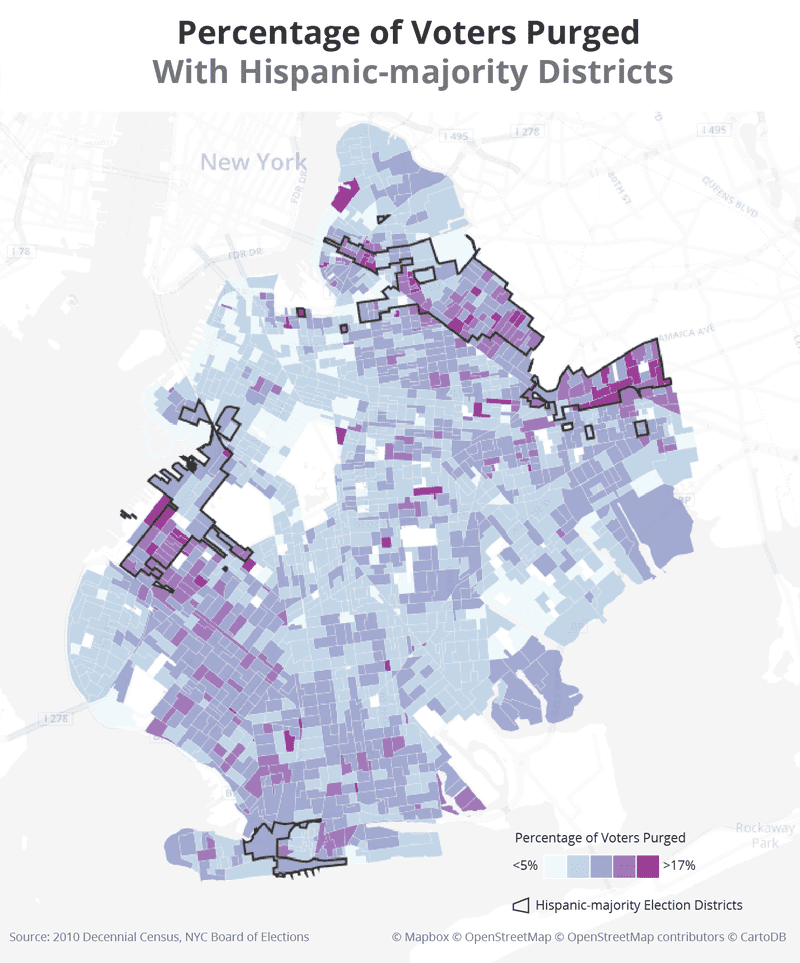 "Resisting arrest" in black and white

The WNYC Data News team I led, working with an investigative reporter at the station, revealed that NYPD officers were fare more likely to add "resisting arrest" charges for black suspects than for white suspects. Since we looked at the pool of people already arrested  for drug crimes, disorderly conduct, and theft over five years, this calculation suggested a bias beyond the systemic racial imbalance of overall arrests.

While the illustration is simple, the work behind it was not at all. In that same series, we analyzed five years of court records to show that a small percentage of NYPD police officers were behind the majority of the "resisting arrest" charges, a charge known to be used to justify use of force.

As the murder rate dropped in New York City, residents became concerned with another killer: cars. Pedestrians, bicyclists, and others were dying at an alarming rate. But there was no firm data about exactly how many people were being killed. Several different departments disagreed on the stats, and nobody's numbers matched those of the police. So we started tracking every fatality, cross-referencing official figures, press, and social-media reports. Our became the de-facto "official" count as the city moved to implement "Vision Zero" — to bring traffic deaths to zero — and our coverage kept a close eye on that effort.

A bot to monitor federal courts

I built a bot that watched federal court filings for specific criteria and fed what it found to former Quartz reporter Justin Rohrlich. He used that information as the basis for nine scoops while at Quartz, and has continued using a similar bot I built to land numerous exclusives for The Daily Beast.