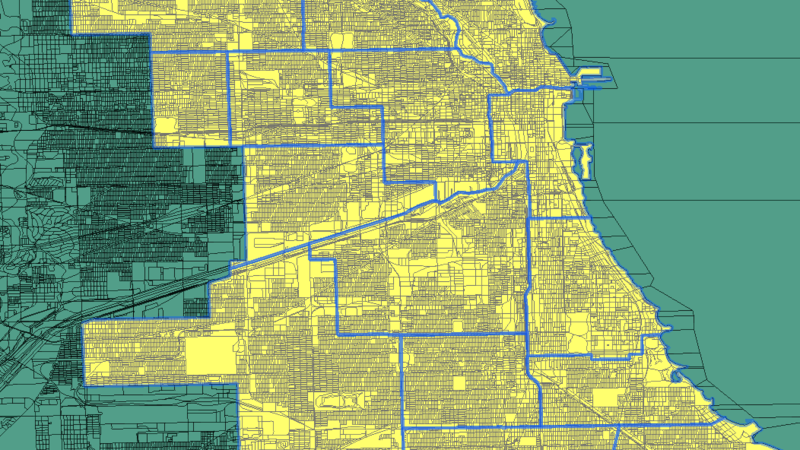 In this zip file are three data files:

chicago_2010pop_by_2020policedistricts.csv is the 2010 US Census data on race and ethnicity (just Hispanic or non-Hispanic, alas), summed by Chicago police district as those districts are drawn today — though it looks like the official map was updated last in 2018. The columns are a little cryptic, but follow the Census bureau's coding:

chicago_2010blocks_2020policedistricts_population.csv lists every block that's in a Chicago police district along with the district number and the data above ☝️ for each block. Note that this includes a few blocks near O'Hare airport that fall in DuPage County. The population-by-district file above is a pivot of this file.

chicago_2010blocks_2020policedistricts_key.csv is the "Rosetta Stone" of the project, which marries block numbers (as "GEOID10") with police districts. I did this using the QGIS open-source mapping software, doing some batch processing and then inspecting each district individually.

I'm pretty confident in the process here, but did this rather quickly on a Sunday and don't have a backup editor, so there may be errors! You can check my math in the Jupyter notebooks I used.
The precinct shapes from the Chicago open data portal include a "31st" district, which, after a query from Casey Toner on Twitter, I now realize is not a part of the city. 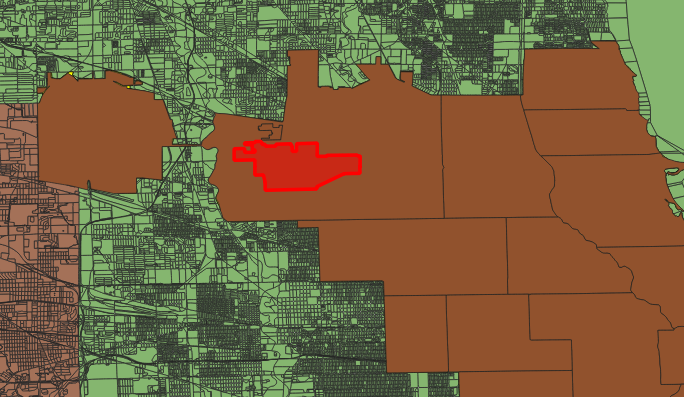 The populations counts within that shape should be reliable, but just don't include them in any totals for the city.
Also, while Chicago police districts almost always follow streets — as do census blocks — there were a couple of imperfect matches:

Block 170318104003050: The northern half of this block falls in the 31st district (the one that's not a part of Chicago), while the southern half falls in the 16th. A check of Google Maps shows the southern half to be almost entirely commercial, so I left it in the 31st district.
Block 17043840000204: This block in DuPage County is adjacent to O'Hare airport, and the southern portion hangs outside of the 16th district (and not into any other district). But the overhang is almost entirely a rail yard, so I left it in the 16th district.

Tweet at me at @jkeefe if this helps you ... and especially if you find anything amiss. Also hit me up if you'd like this for data work you're doing in your city.