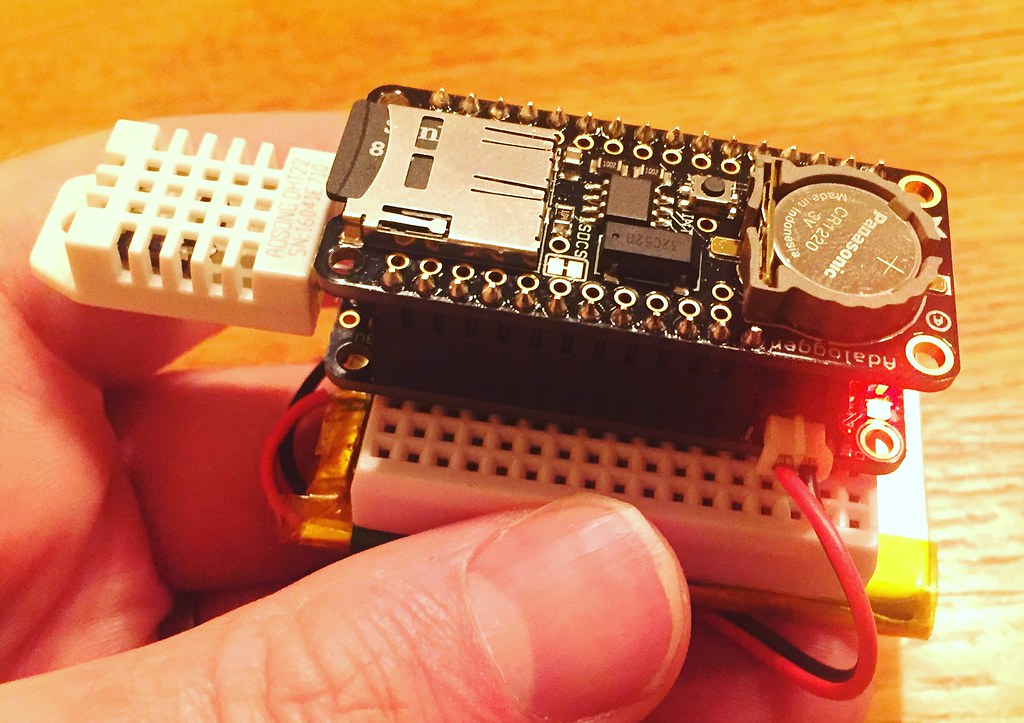 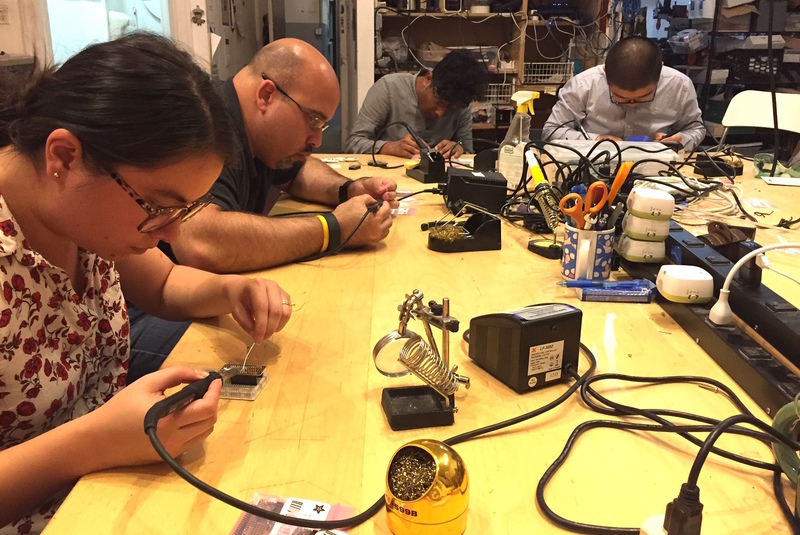 New York is a heat island, and concerns about overheating exist citywide. Harlem residents are among those particularly vulnerable compared to the city at large.

Among the challenges: Access to air conditioning. In public housing, residents have to pay extra to keep cool. So most of them don't. WNYC's Sarah Gonzalez reported a powerful story about that today.

When AdaptNY set out to tell stories about the challenges across Harlem in the heat, they reached out to WNYC as a partner. Based on some pervious tinkering, it seemed a perfect sensor project. We set out to build the sensors and work with community groups to get the measurements.

We're building the sensors out of hobby parts from Adafruit, with Adafruit's Feather as a base. 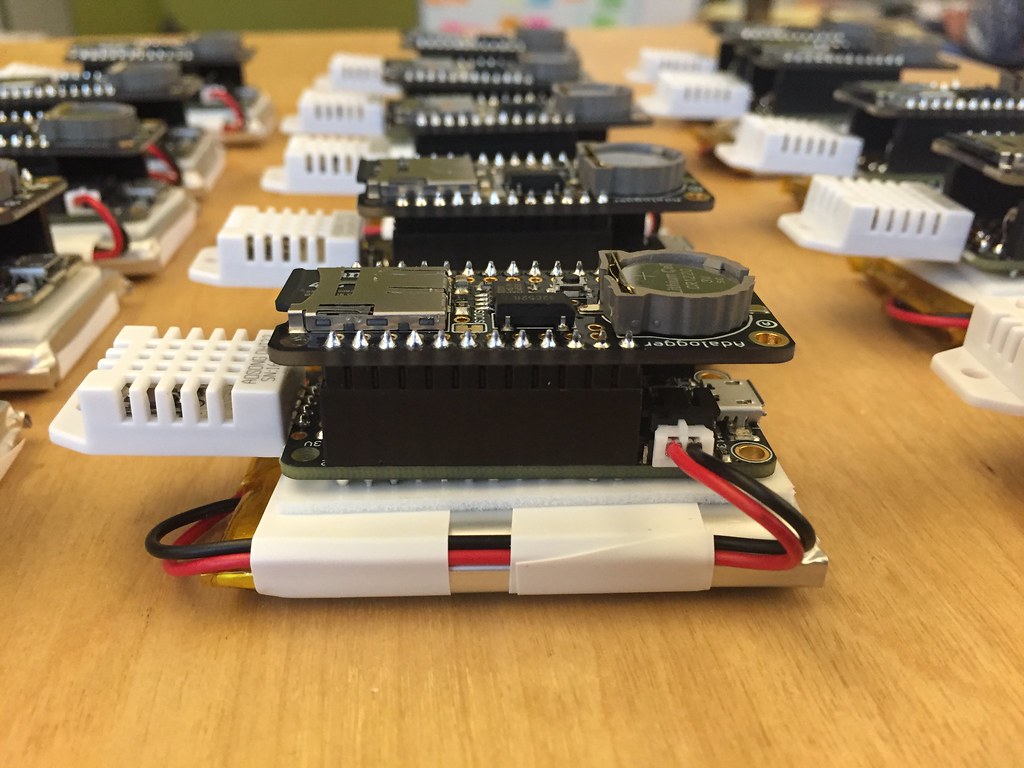 They're designed to wake up every 15 minutes, record the temperature and humidity onto a memory card and go back to sleep.

To get the data, volunteer ambassadors take the memory cards out of the sensors and email the data  in a plain-text file, to us at WNYC.

We're just starting to get some data, and we're already seeing that apartments without A/C have a real problem getting cool at night -- at least during one recent heat wave. 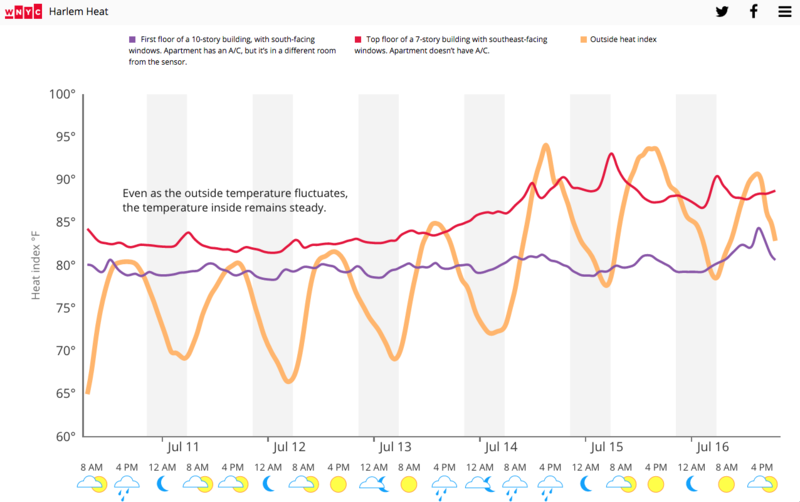 Our hope is that others will be inspired by what we're doing, and give it a try themselves.

With that in mind, we've posted a guide to building the sensors. It's still in progress, but would get you started.

There's also links to the parts list and the Arduino code.

If you get a chance to try this in your community, or in your particular situation, drop a note in the comments below!