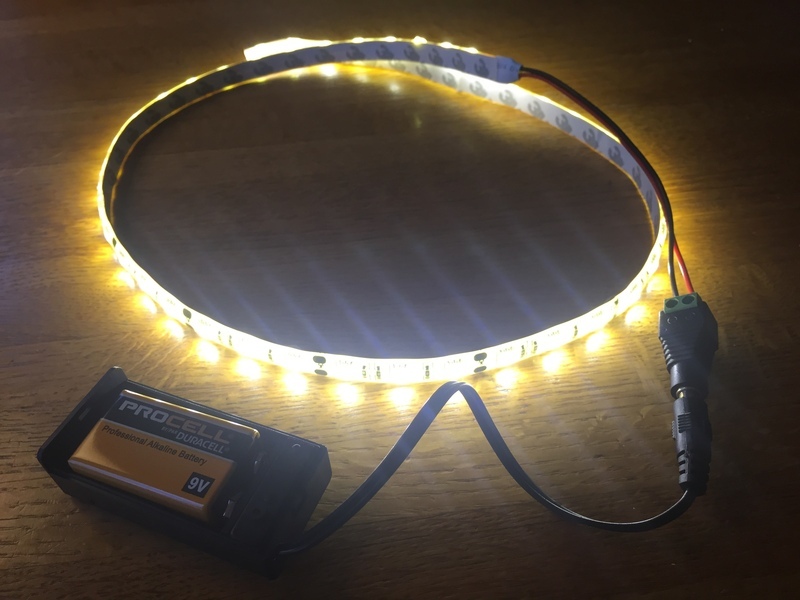 For years, we’ve talked about adding accent lighting to our living room — particularly under the TV on the wall, to light up a small shelf underneath.

I’ve put it off. I just didn’t want to deal with the wiring, the mounting, the falling down, the mounting again. Even finding a fixture was daunting.

But then I spotted these adhesive-backed LED strips! Which can be powered by a 9-volt battery. Excellent.

The parts I used for this quick project were: 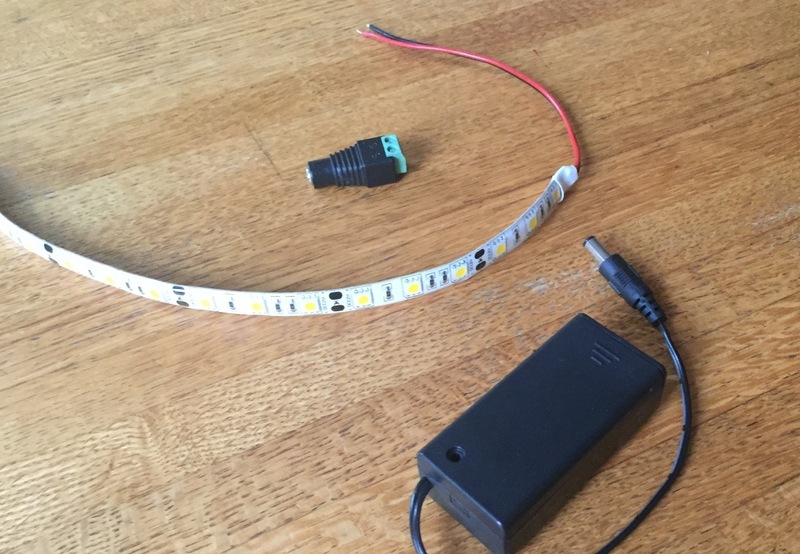 From there, it was just a matter of putting the wires from the LED strip into the barrel jack (black goes to ground, which is "–"), installing a battery and turning it on. 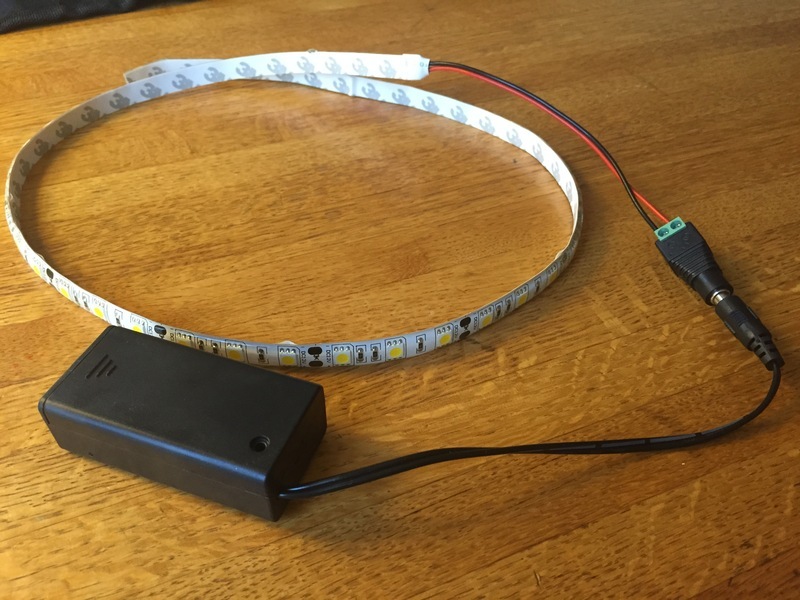 I didn’t need the entire meter strip I ordered, so I just snipped it at one of the indicated cut points.

Then I peeled off the backing, and stuck it to the underside of the TV and I tucked the battery between the wall and the screen. 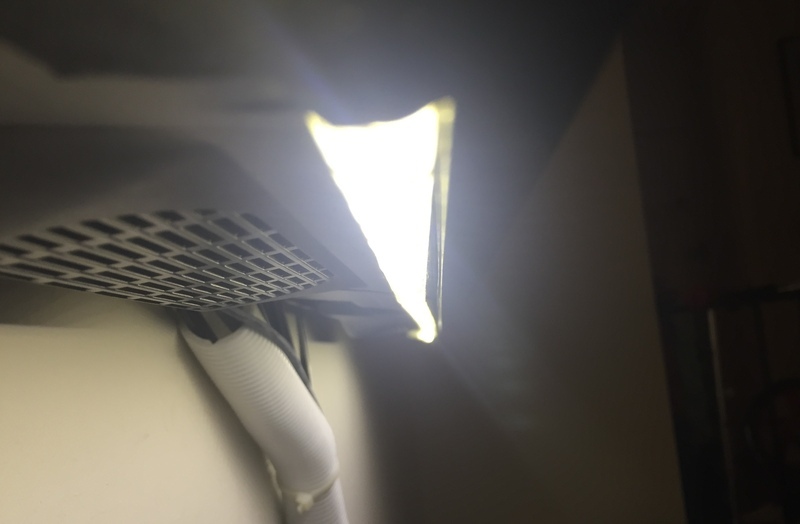 I don’t know how long it’ll stay there — the adhesive wasn’t super sticky. But even if it falls, I’m ready to superglue it. Beats drilling into the TV.