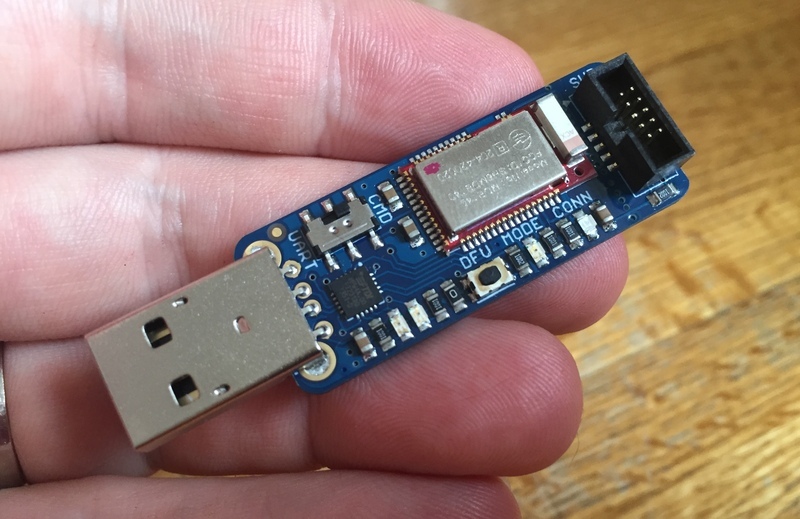 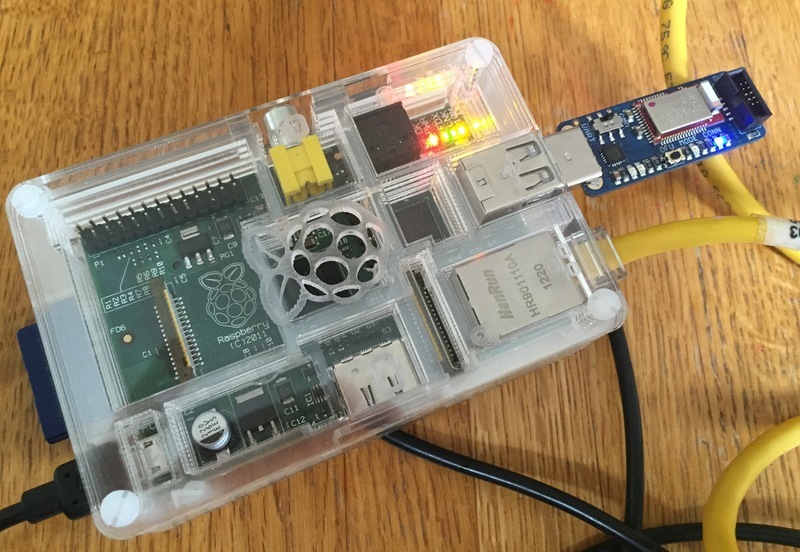 After an afternoon of tinkering, I was able to see some devices around my apartment, including the remote-controlled Easter Egg I made a few weeks back. (It’s listed below as “MetaWare,” the name of the board inside.) But that’s about it.

And when I put the egg into “iBeacon” mode, an option the MetaWare board has to simulate one of these devices, it disappeared.

Also, my iPhone, which was clearly talking to the egg over BLE, never appeared in the list.

So I don’t think this is my solution for detecting the iBeacons and other devices around me. But it was an interesting adventure.

I'm most interested in detecting the devices people carry, as a proxy for detecting people (more on that soon), so I’ll probably use the "regular" Bluetooth board I used for this project.

If you’re interested in wiring up the Adafruit sniffer with a Raspberry Pi, here are my notes.

Note that I wasn’t interested in using one of the advertised features of the board — actual “sniffing” of the data packets being transmitted through the air. It's good that I wasn't interested in that, because you clearly need Windows, which I don’t have.