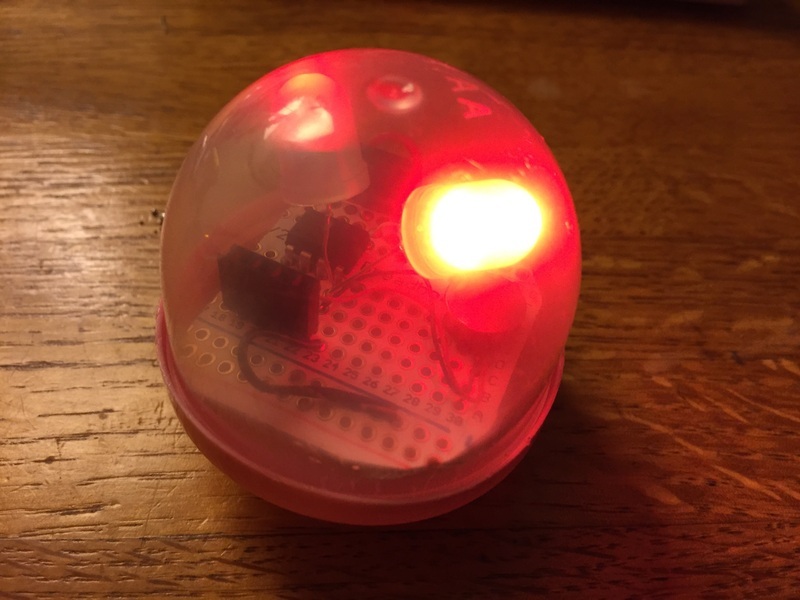 To give the little chip a spin, I decided to load it up with a “blink” program and happily flash an LED.

To get programs onto an ATtiny, you need to wire it to an Arduino (or use a special board, which I don't have). This wasn't hard, but took several steps. Here's what I did:

I initially thought I had the ATtiny85, which is the same size but has twice the memory. All of this I gleaned from Sparkfun and MIT's High-Low Tech, where you can learn more.

I then added the LED and a 330k-ohm resistor as shown here. Then I opened the example blink sketch from “File > Examples > Basics > Blink.”

Next, I uploaded the sketch and the LED blinked! “Hello world,” the little one says. 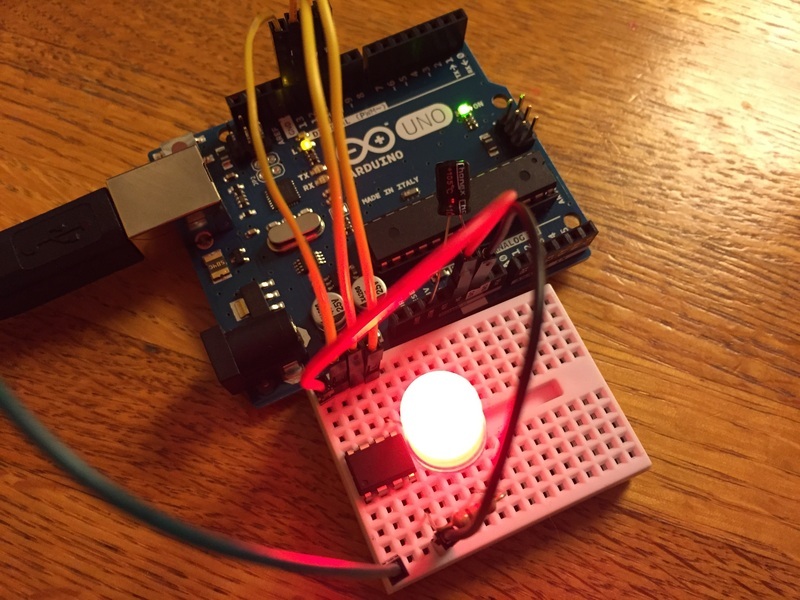 Cool trick: If you detach the power and ground wires from the Arduino and touch them to the + and - sides of a 3-volt coin battery, it'll work, too. (ATtinys accept 2.7 to 5.5 volts.)

In my diabolical plan to entertain the cat, I put red LEDs on pins 0 and 1, and a little vibrating buzzer on pin 4 (next to the ground).

I then modified the blink program to randomly choose between blinking, buzzing and staying silent. It also randomly picks the number of times to repeat the thing it chose to do. The finished program is here.

Once I got it working on the breadboard, I used wire cutters to chop up a prototyping board until it fit snugly into the dome of one of those containers you get with a toy-dispenser toy. (You know, at the door of the grocery store? Those.) 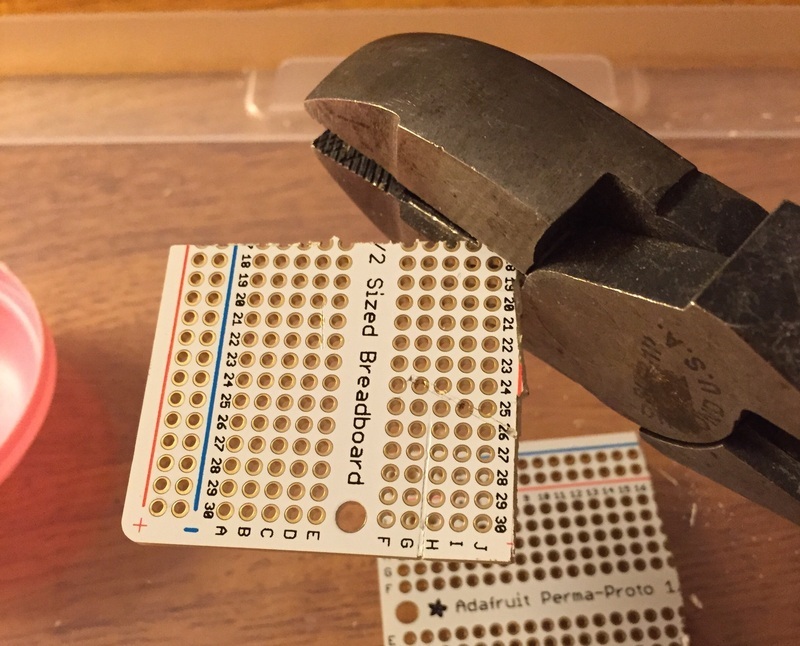 Then I soldered the parts onto the board, just as they were on the breadboard, and added some female headers along the sides of the chip so I could link it to the Arduino again if I wanted to update the program. 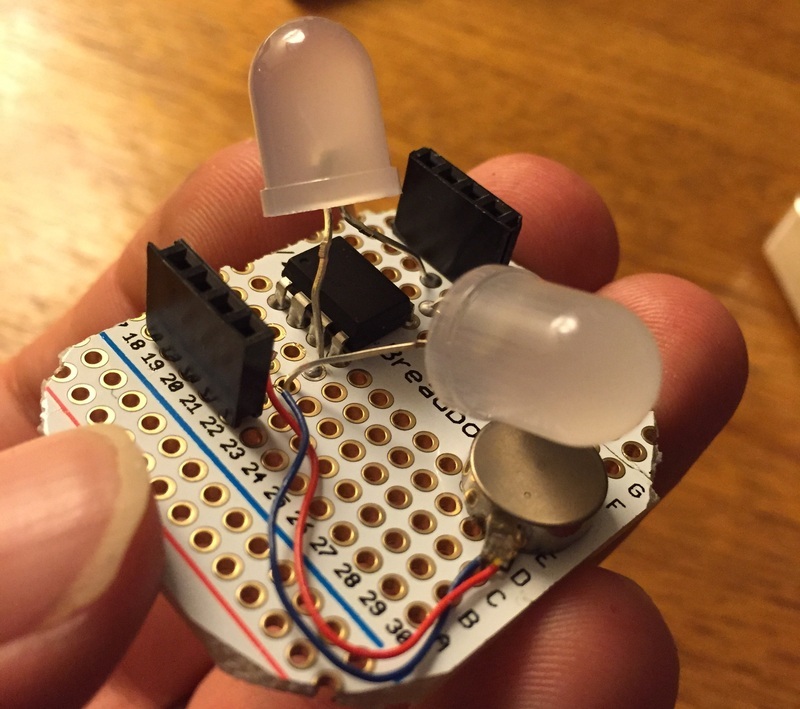 I hot-glued a battery holder to the underside, wiring the [+] side to the chip's power (by way of an on-off switch) and the [-] side to ground. 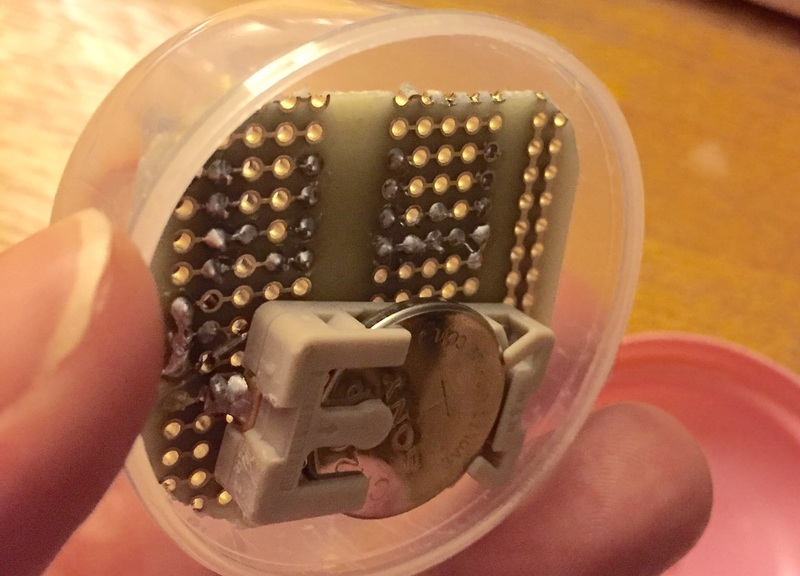 Slid in a 3v coin battery, flipped the switch, snapped the dome to its base and gave it to the cat. 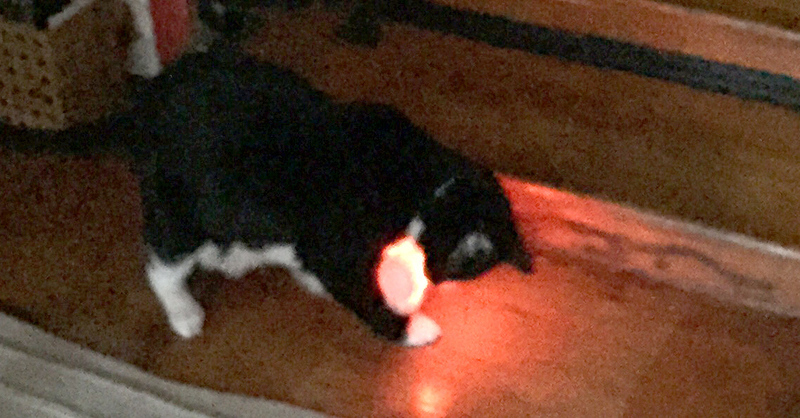