It's become a coronavirus cliché, but for this week's #MakeEveryWeek I made sourdough bread.

The twist: I made one loaf in the oven and one in a slow cooker.

It all started with sourdough starter, specifically this guide from Quartz colleague Tim McDonnell. This was a great project for my teens, incorporating chemistry, biology, and excellent smells.

Next was this incredibly fun and detailed sourdough recipe from Kitchn, which makes two loaves and relies on two oven-safe pots. Alas, our family has but one.

We do have a slow cooker, though. Could I make one of the loaves in that? The answer is yes!

Sourdough made in a slow cooker has two main advantages: you don't have to "proof" the bread, and it doesn't heat up the entire kitchen (which will be key come summertime).

The disadvantages are that it doesn't make a classic dome-shape and you don't get that hard, sourdough crust. Though, to be honest, my kids aren't fans of the rustic shell anyway.

At the point in the bread recipe where I was to let two balls of dough proof for 3-4 hours (Step 16), I took one of them down another path following a separate recipe touting the slow-cooker method.

I lined my slow cooker with parchment paper, dropped the dough into the center, and set the cooker to "high." (Pro tip from a friend: You can save and reuse the parchment paper.) 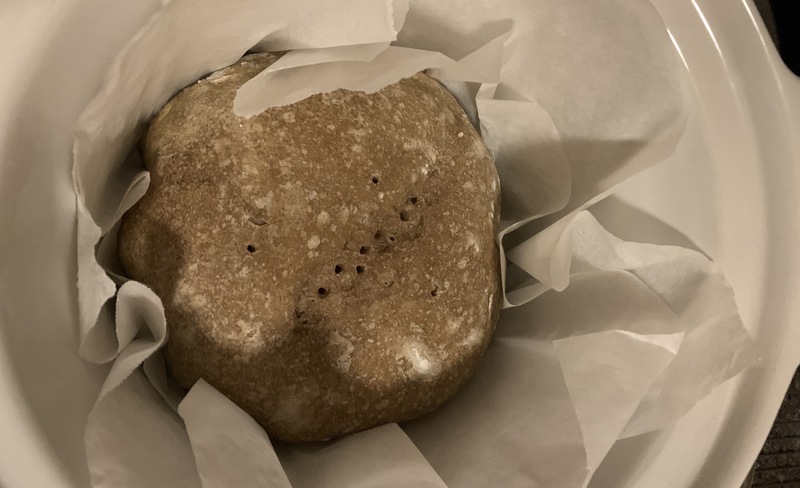 The recipe author, Emma Christensen (who actually wrote both recipes), says it'll take 1-2 hours for the internal temperature to reach 195-200° F, but it took mine 3 1/4 hours. No biggie, though.

It came out fabulous — softer and with a lot more delicious tang than what I expected.

Meanwhile it's sibling loaf proofed for 4 hours before I plopped it into a hot-hot pot in a hot-hot oven. 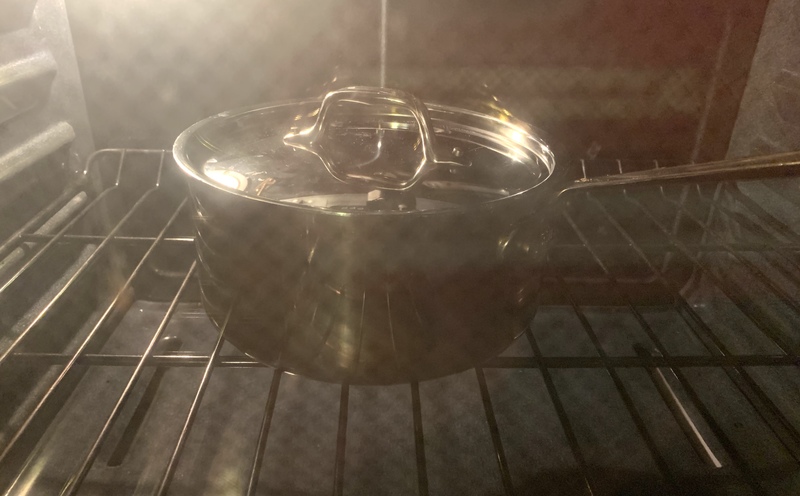 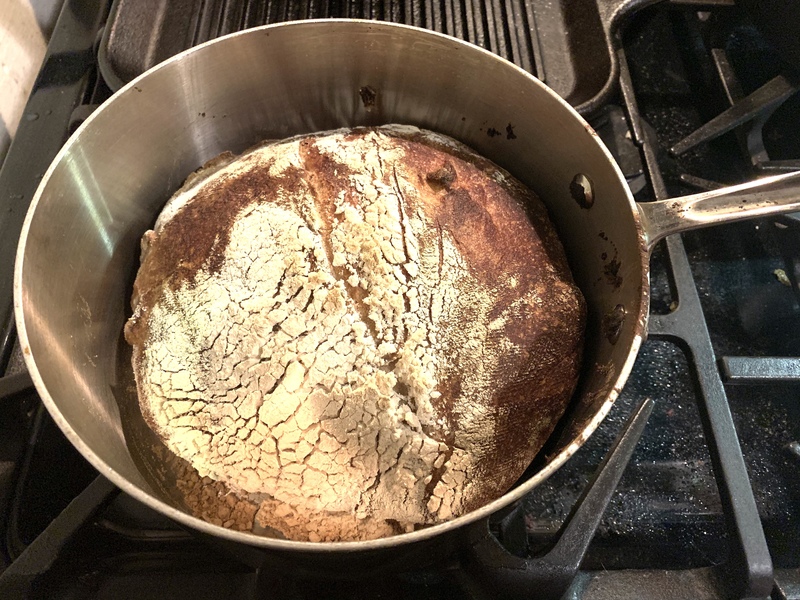 This loaf came out with a traditional sourdough taste wrapped by a perfect (for me) sourdough crunch. That's partly because I skipped the additional crust-hardening described in Step 24.

The full bread recipe can be a tricky to fit into a day, so I did a little math and backtimed the steps to figure out when to start.

At 10 am on day two ... I started at Step 3, then followed the recipe pretty much all day wile writing, coding, doing chores, etc.

The slow-cooker loaf was be done the evening of day two ... It'll really depend on how the size and power of your cooker.

The oven loaf was done about 10 pm on day two ... especially because I skipped Step 24 — which would have made the crust too crunchy even for me!