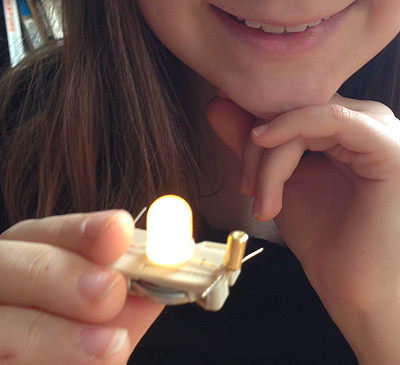 Here's what we did:

Voila! We just stand them up to light, and tip 'em over to douse.