Our newsroom works. Which is news.For three years, we tried to design, from scratch, the best radio and online news facility possible. We moved in this summer, and the recent debates and breaking financial news suggest we got pretty darn close.The key, I believe, was our central point of view:

In a breaking news situation, nobody should need to move.

A simple concept, with several implications: 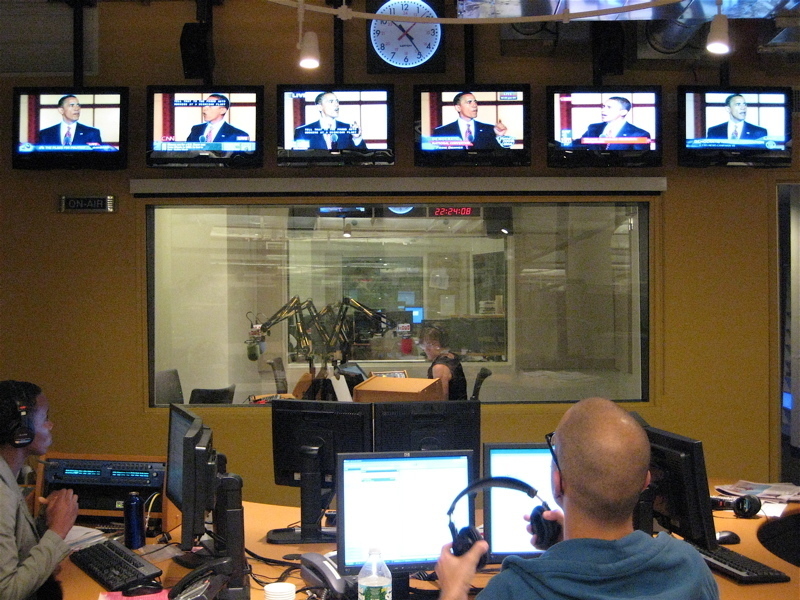 -- During the most confused, stressful, and destabilizing moments, everyone is grounded in the familiar -- logins, phone lists, audio systems, etc. This allows the staff to sort out the fast-moving story, not rarely-used protocols-- Routine, hourly news is produced with the benefit of communications and production systems robust enough for breaking news-- Training people in daily news production automatically prepares them to handle the unexpected-- On-air producers work amid the reporters and editors, not in a separate control room, so they are closer to the facts-- On-air hosts can look look left to see the producer (and the rest of the newsroom), and right to see the audio engineer 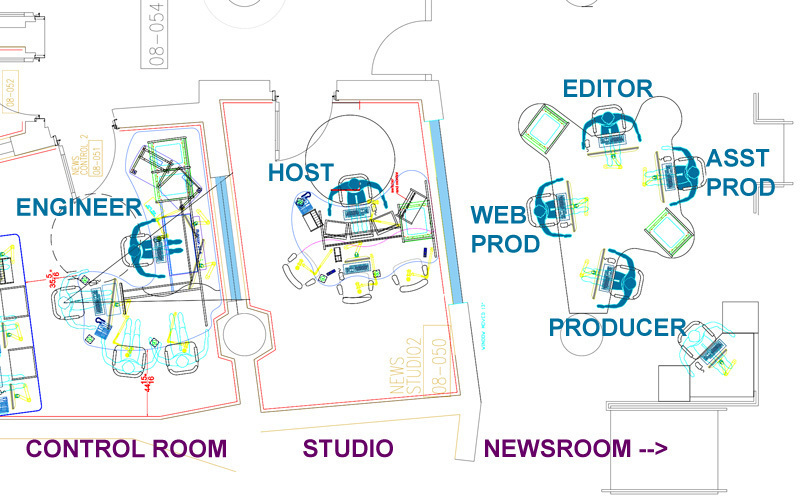 -- Those sightlines allow for peripheral visual cues, such as concern on a reporter's face, or people intensely watching TV monitors-- The News Hub is a technical extension of the studio complex, and has the intercom system used to talk directly with hosts and engineers; conversely, the hosts can address the entire newsroom through the News Hub monitor speakers to request facts, pronouncers, even water.-- A web producer seated at the News Hub is integrated into the editorial system and instantly privy to all plans and decisionsIt's not perfect. We produce two news shows on two different frequencies in the morning, and have trouble monitoring both at the News Hub. And our beautiful sightlines become tough brightlines as the sun sets beyond our western windows.But those panes do provide an unexpected feature for hosts and the entire newsroom: ambient warning of approaching storms.