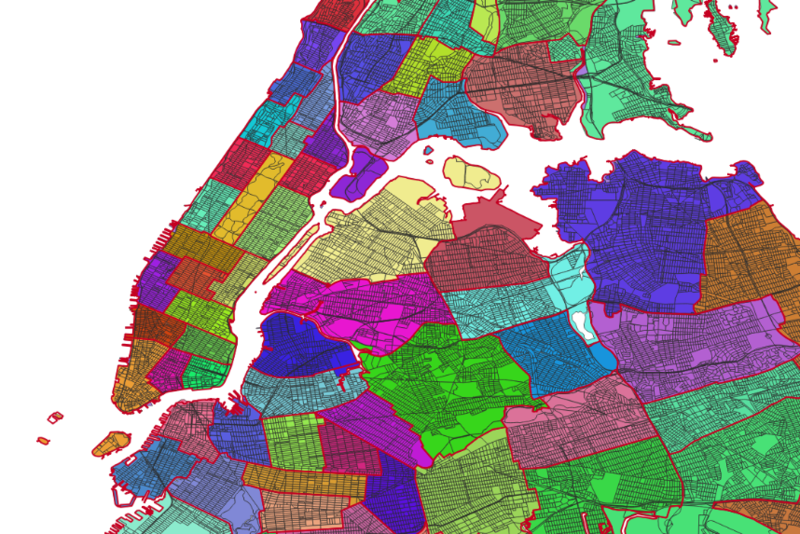 I have not determined if and how this fuzziness affects the calculations I've done by police precinct. My general understanding is that, since I'm aggregating many blocks — almost 40,000 of them — into 77 police precincts, the error will wash away or be insignificant. But I don't know that for certain (if you have more insight, please let me know!) The data for an individual block, however, I do think should be treated with caution.

My calculations and code are posted in a GitHub repository, and I welcome you to use and review it. The main components are a Makefile and a Python Jupyter notebook.

On issuing the command make all, the Makefile downloads the census block geographic files from the US Census Bureau and the precincts from the New York City data portal. It then uses the census' block centroids to place each block within a police precinct and generates files used in the notebook. If you try it on your own, be sure to change the "mypath" variable in the Makefile and the notebook to the full path of a directory where you want to store the files.

I also generate a couple of "confidence check" files that allow me to use the QGIS open-source mapping program to visually check at how the calculations line up. I color the blocks by precinct number and then layer the precinct boundaries on top to see where any of the colors cross (that is the map atop this post). 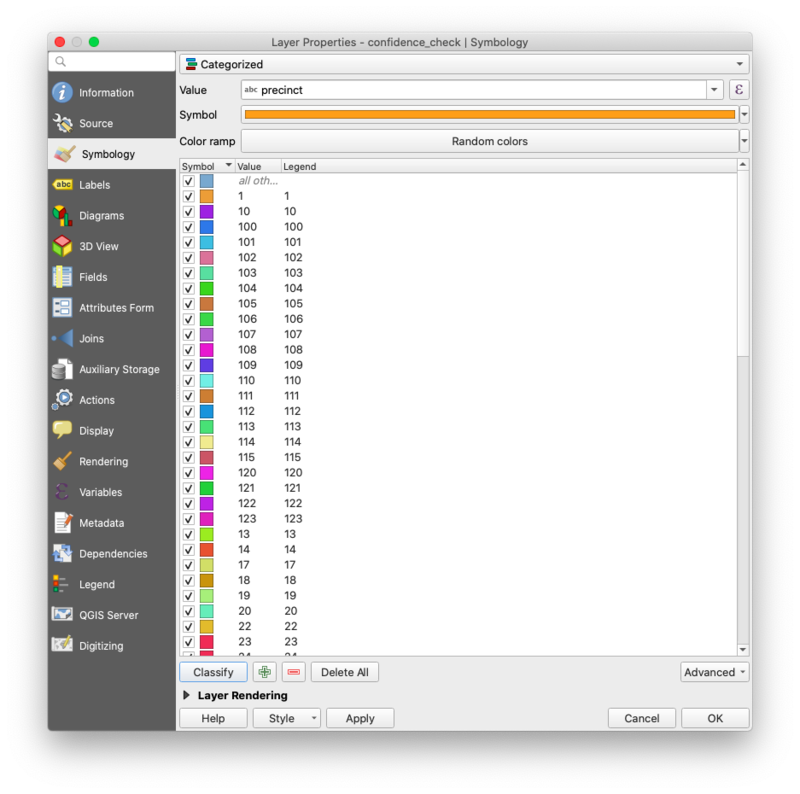 There were, in fact, 43 blocks that didn't fall into precincts — largely because their centroids fell outside the precinct lines. Only 9 of those were actually populated, and I manually updated the precincts for those blocks.

The population data is available from the census data site, which takes some navigating.

In the end, I generated and downloaded the P1 race table and the P2 Hispanic/non-Hispanic table from the 2020 census for the five counties that make up New York City.

Once I had the blocks connected to precincts, and the population data attached to the blocks, a basic pivot table gave me the final results.

For anyone needing the 2010 files, I'm archiving the materials from my original posts here. This is, to be clear, based on the 2010 census, and is not the latest data available.

The original stories I did this for, and the Google Fusion Tables where the data lived, are all gone to digital internet history. But I've recreated them here. Some precinct boundaries changed slightly from 2011, and those on Staten Island changed significantly with the addition of a fourth precinct on the island in 2013.

• NYC_Police_Precincts_2020.zip is the police precinct map shapefile, downloaded from the city's open data portal, as those boundaries stood when I made these calculations in June 2020.

I originally did this work while at WNYC, using PostgreSQL, PostGIS and QGIS. I was helped by the generosity and insights of Jeff Larson, Al Shaw, and Jonathan Soma. The 2020 data is assembled mainly using the great Mapshaper tool by Matthew Bloch.

If you find this information useful, find a bug, or know how the new census data-fuzzing might affect these calculations flag me on Twitter @jkeefe. I'd love to hear from you.