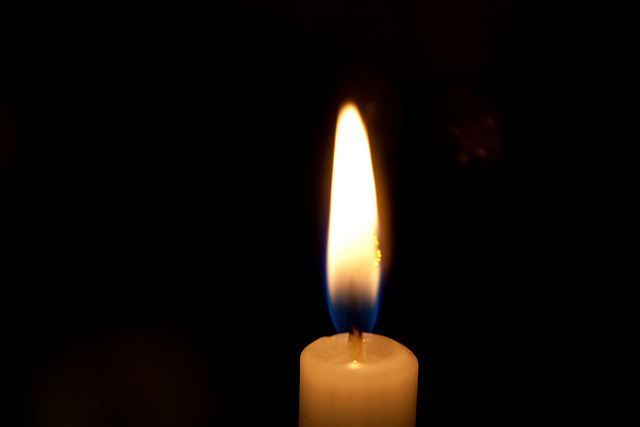 The detector comes with a 5-pin strip I had to solder on so I could plug it into a tiny breadboard. As I keep saying, soldering is fun and easy to pick up. So this went quickly.

Following the instructions in the wind sensor's Ardiuno code, I wired up the connections between the board and an Arduino Uno. 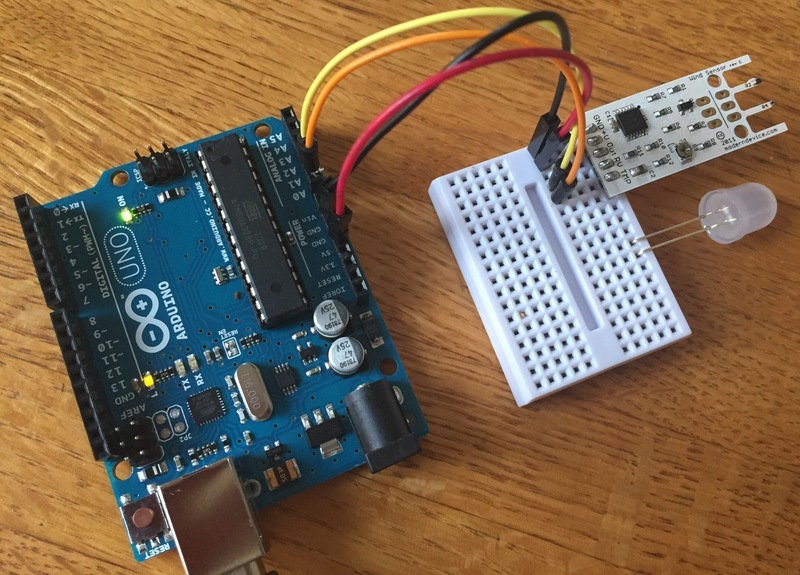 I started a blank sketch in my Arduino desktop program, copy-pasted in the device’s example code and sent it over to the board. I then opened the serial monitor (Tools -> Serial Monitor), and got a bunch of garbage data ... until I changed the baud rate to 57600. But then it worked! 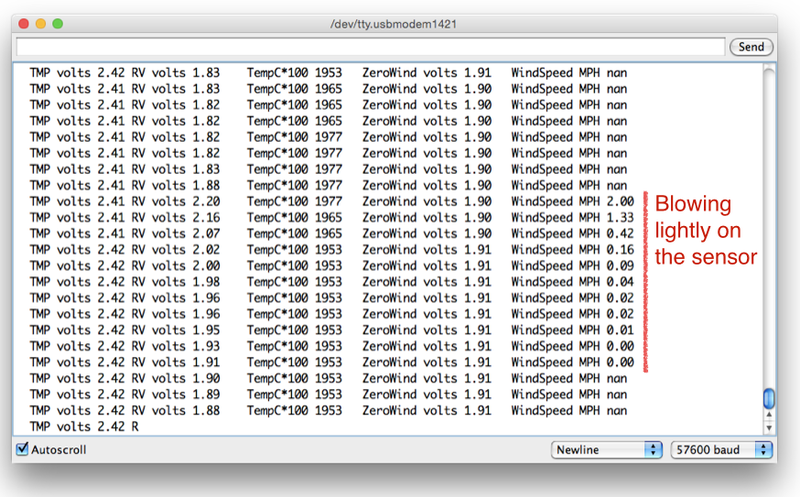 I still had a few candle-flicker LEDs around, which have a little chip inside that makes them flicker like a flame. I added that to my setup, and tweaked the code so that the light “blew out” when the sensor detected a breeze of more than 6 mph.

Last week, I couldn’t seem to make a pushbutton work correctly, so I faced my failure and again tried adding a button to my project — to turn the candle back on. This time, I persevered.

My Arduino code is here. It's really just the original wind-sensor example with LED and button code added.

And here’s how I wired it up: 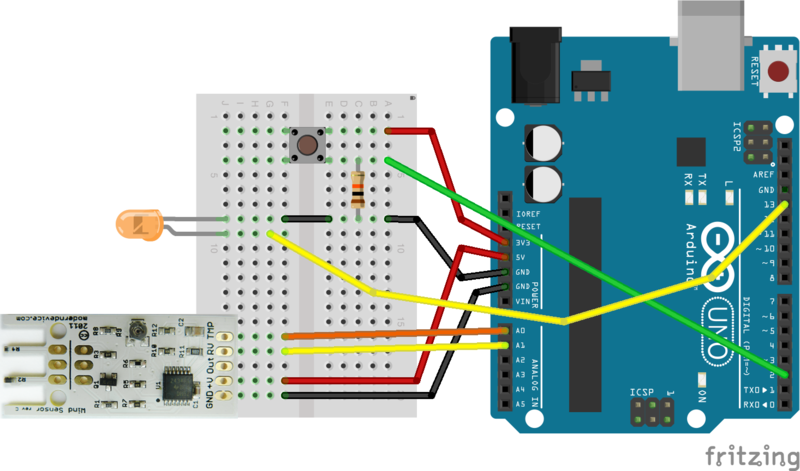 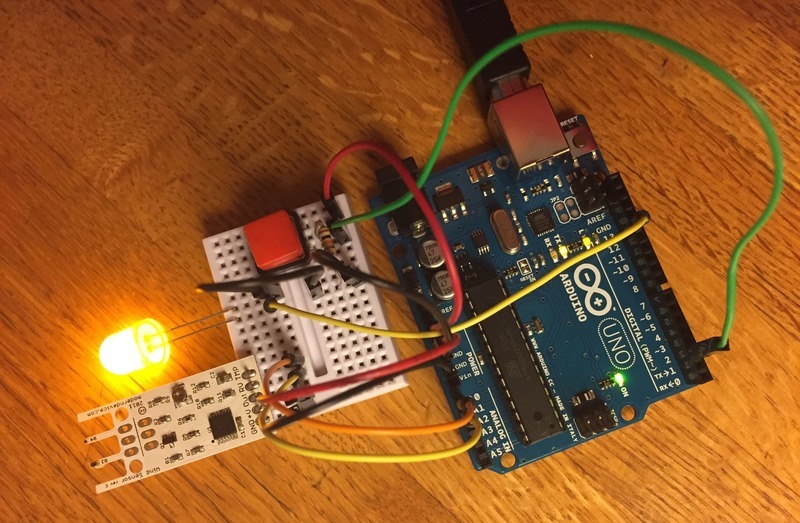 Something to note is that the product page and the example code both say the sensor should have its own, regulated 5-volt power. Since detecting voltage changes is how the whole thing works, this makes it more stable and accurate to determine actual wind speeds. I just wanted to know if there was some amount of wind, not caring about accuracy, so I powered it right off the Arduino.

Here’s what I used:

Oughta put this into something resembling an actual candle, right?