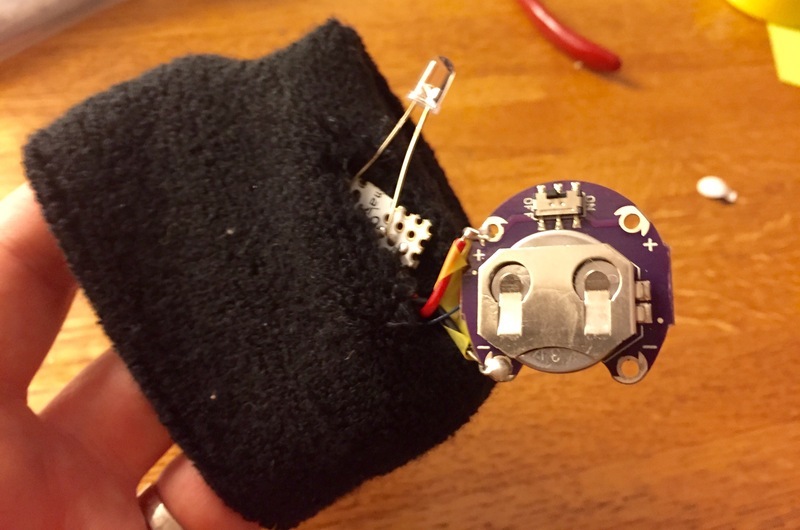 Earlier this year, I learned how to play with a little microchip called an ATtiny, and I used one to make a cat toy.

The ATtiny is like a baby Arduino you program with a mommy Arduino. The steps for that are in the cat toy post. I get the feeling I'll be doing this a bunch more, so I devoted an Arduino Uno to the cause and added a hold-and-release chip holder to my ATtiny-programming setup. 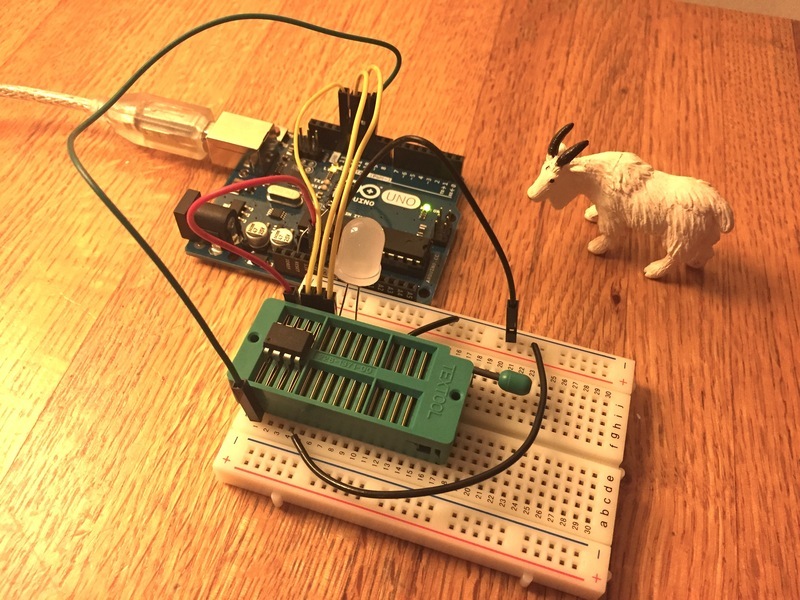 The commands I wanted for this ATtiny were:

Here's the code I used to do just that.

The parts that would end up on my wrist (so not including the mother-ship setup) were:

Once I soldered the ATtiny into place, it would be hard reprogram it. So I tested the code — and the buzzer and LED — while it was still in the chip-holder. I'm glad I did. Twenty minutes should be a wait of 1,200,000 milliseconds, but for this ATtiny turned out to be closer to 1,220,000.

Then I popped the chip out of the holder, soldered all the parts together and stuck the buzzer on the back of the battery holder. 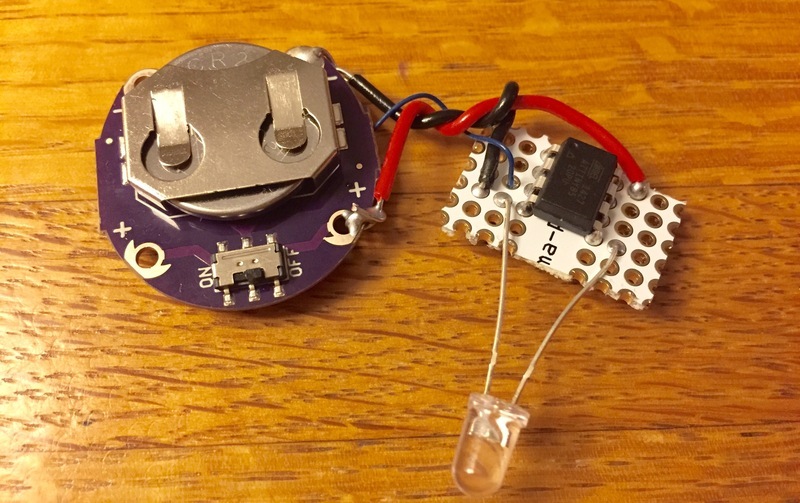 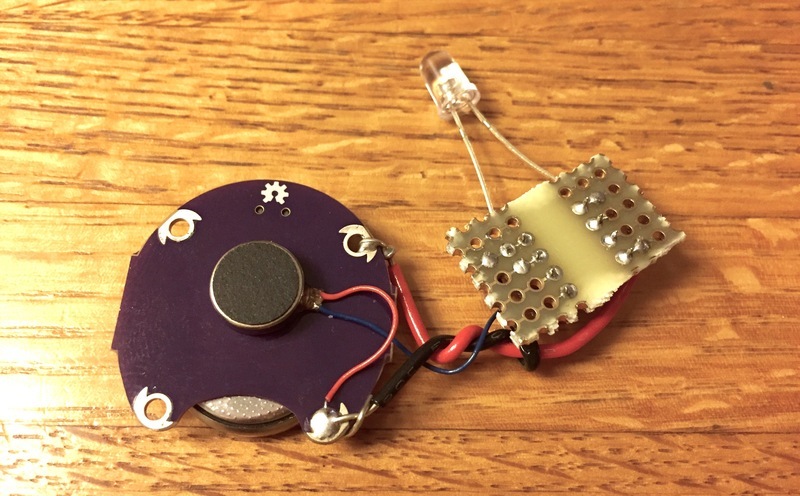 Step 3: Into the Wristband!

With an elastic sport wristband in hand, I debated about how best to open it for easy access. It's basically a tube of fabric, and I could add a zipper or a snap or some Velcro. In the end, I just made a 1.5-inch slice into one layer of fabric and slid the electronics inside (shown in the photo at the top of this post).

This morning, I slipped the band on my wrist, pulled open the hole in the fabric, flipped the switch and went for a jog. 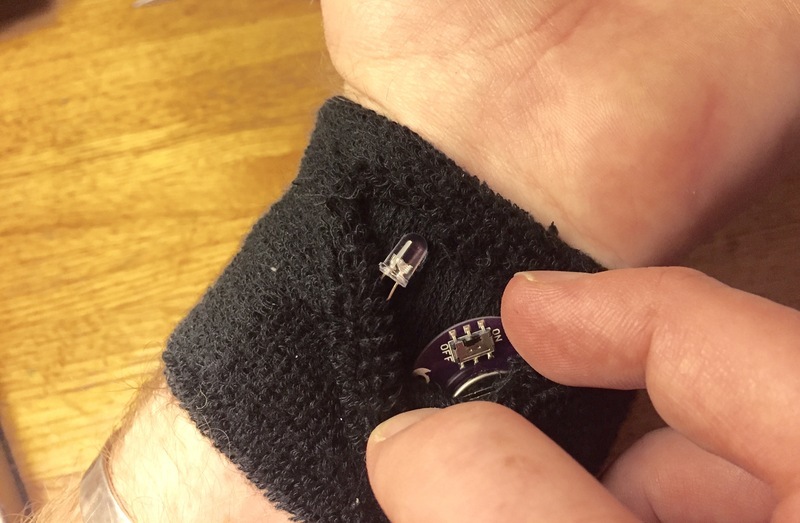 Twenty minutes later the band buzzed against my wrist, and I was done.