This is exceptionally easy to build, if you have the right parts. (Here’s a parts list!) And the heart of the parts is a tiny chip called a “555.” 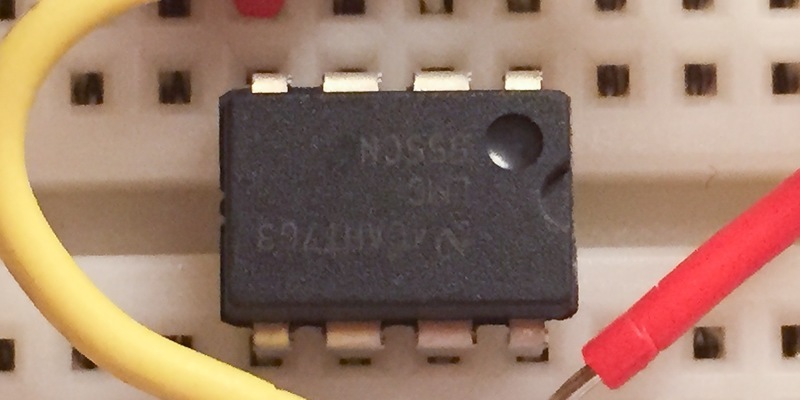 Don Blair, who designed the Riffle, describes the 555 as kind of “metronome.” Wired up correctly, it’ll “click” at different speeds given different resistances.

That’s useful because water with more “stuff” in it tends to be less resistant than clean water. So less resistance (the opposite of conductivity) can be a proxy for turbidity — cloudiness — and possibly pollution.

I followed the instructions Don posted on the Public Lab site, with some minor changes: 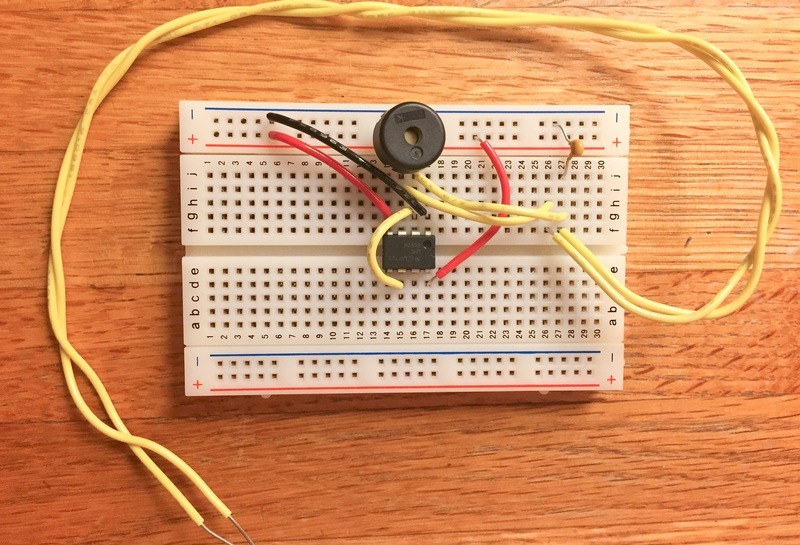 Remember, the 555 “clicks” at a different rate for different resistances — and if it clicks fast enough, it becomes a tone.

If you haven't already done so, check out my test run with tap water vs. black coffee in the video above!