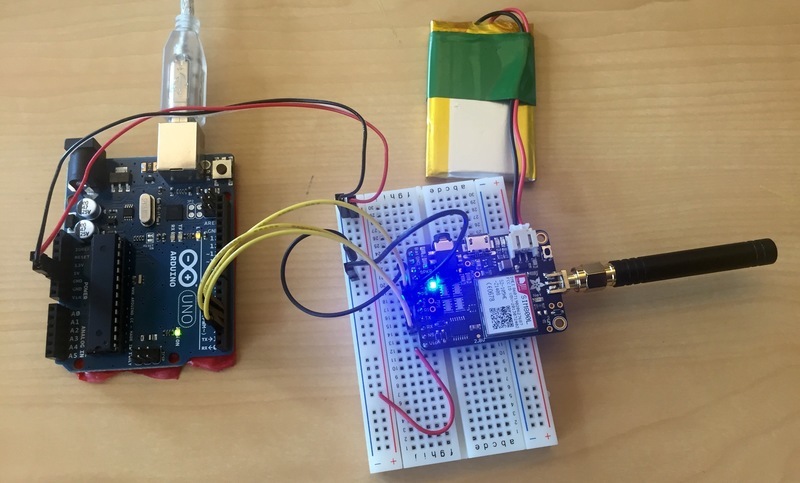 Texting is something I love playing with, and I’ve always wanted to make a sensor-bot that skipped the hassle of wifi by texting me its data.

So this week, I tried to make some progress on that by making a texting bot.

Texting with an Arduino requires two key parts: a cell phone board, which I got from Adafruit, and a SIM card, which I got pre-loaded with 6 months of unlimited data from Sparkfun.

The Adafruit guide is great, with one hitch — it didn’t support the older version of the Arduino software I was using on my laptop. Once I downloaded the new version, I was set.

Using the FONAtest example sketch from the guide, I easily sent myself a text, using “s” for “Send SMS.”

I went online to a Twitter account I tinker with and assigned a phone number to the account — the number of my SIM card, which I know because it’s the number I got a text from.

Twitter sends a confirmatinon text, and since I was still running the FONAtest program, it came in to my Arduino. By typing “r” can read all texts received, and was able to confirm the number with the code Twitter texted to me. 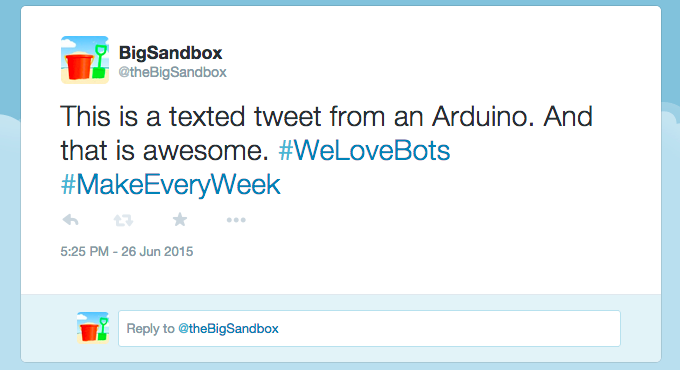